This weekly feature is hosted by Renee (Its Book Talk). Throwback Thursday offers a way to share some of our old favorites as well  as sharing books that we are finally getting around to reading that were published over a year ago. 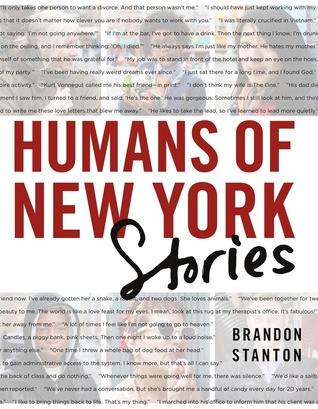 I’m going to shine a light on this lovely non-fiction book today! I have a bit of an obsession with New York. Let me give you some backstory, which you certainly don’t have to read!  You can skip to the blurb from goodreads, it’s in bold.

4 years ago, on April 9th, my husband had open heart surgery in New York. We actually live in Ohio and had to go to NY for amcertain procedure. We were there for 13 days. We spent the first 3 walking all over the city and doing all we could. My feet had never been more tired. I LOVED it though. Then on day 4, my husband went in for his 9 hour surgery. I had to take a bus and walk to our Airbnb apartment in Harlem, alone. My husband and I never spend nights apart. Plus, I just had seen him after his surgery, he did not look like my Chris. He was still completely out and I could just hold his hand, as the tears ran down my face. It was hard to leave. It was one of the worst experiences of my life. I then got up everyday, took the bus and hung out with him at the hospital, until calling hours were over at 9PM. I hate hospitals. I hate blood. I am a super anxious and very shy. I’m scared of everything. I have never been more proud of myself. I got around the city on my own, without any issues. People were so nice and glad to help. I hung out with my husband and helped him get around and didn’t pass out when I helped clean his wounds. It made me love this city, so very much. It has a special place in my heart. I grew up so much in those 13 weeks.

Now, this book came about  and I loved it so much. It has a permanent sitting place on my coffee table. I did follow his posts on Facebook beforehand but it’s just love being able to share it with others. Lots of visitors have picked up and read through it.

In the summer of 2010, photographer Brandon Stanton began an ambitious project -to single-handedly create a photographic census of New York City. The photos he took and the accompanying interviews became the blog Humans of New York. In the first three years, his audience steadily grew from a few hundred to over one million. In 2013, his book Humans of New York, based on that blog, was published and immediately catapulted to the top of the NY Times Bestseller List. It has appeared on that list for over twenty-five weeks to date. The appeal of HONY has been so great that in the course of the next year Brandon’s following increased tenfold to, now, over 12 million followers on Facebook. In the summer of 2014, the UN chose him to travel around the world on a goodwill mission that had followers meeting people from Iraq to the Ukraine to Mexico City via the photos he took.

Now, Brandon is back with the follow up to Humans of New York that his loyal followers have been waiting for: Humans of New York: Stories. Ever since Brandon began interviewing people on the streets of NY, the dialogue he’s had with them has increasingly become as in-depth, intriguing and moving as the photos themselves. Humans of New York: Stories presents a whole new group of humans, complete with stories that delve deeper and surprise with greater candour. Let Brandon Stanton and the people he’s photographed astonish you.

What book are some of your old favorites?! I’d love to know! Lets discuss below! 🙂