This was another buddy read and I did it with two people! Dini @Dinipandareads and Maya @Her Bookish Desires! It was a re-read for Maya, which helped since she had a move and became super busy. But… it was so fun because Dini and I were spitting back theories and such and discussing with her. Totally had a lot of fun buddy reading these three books with these two! I hope to continue doing so with each new release! 🙂 ❤

I’m giving this a round up to 4 on GR because we can’t do half stars. This book was very enjoyable but a hot mess. I had so many issues with the world-building and character development. The world-building was so choppy and hard to understand. I’m actually three books in and I’m still confused about many things. Not only that but this book is insanely repetitive. It’s like she was trying too hard to explain things but just muddled things even more. I didn’t need to be reminded about things 100 times when it came to Poppy and how awful her life was.

Regardless, I still had a good time with this book. I loved Cas and what he brought to the story. Poppy was decently likeable. I thought it was great that she tried to find things to rebel and make sure she was taken care of. She didn’t care and would do what she could to help people. Armentrout did a good job with making some of chapters pretty steamy in this one. It’s my first by her and wasn’t expecting it. haha. I get why people talk about that a lot! haha.

There are several things that were predictable and easy to figure out. With that being said, it didn’t take too much away from the story. I did think that this was such an easy read. I flew through this book and these are huge. I had no idea about the page count because I was reading my kindle. I was shocked to realize how chunky these were but it didn’t feel like that at all. I will say that it did take a good chunk, maybe until 40%, before I got sucked into the story. It was kind of a slow plot until that point.

Okay.. I know people love these books and I’m a bit confused. Am I the only one that hates the terrible world-building?? I’m so confused most of the time and Armentrout does a terrible job explaining things. I’m just constantly guessing and I’m so tired of all of Poppy’s stupid questions. LOL. I know that Kieran makes a lot of snarky comments about that but yes.. absolutely yes. Just stop. I wish that she would just do a better job of explaining this world than annoying questions from Poppy. It makes it quite hard to take in. It’s not endearing. Okay, I’m on a rant.

So, I did enjoy the last half of this book a lot! It took some time to actually get into this one too but once I did, I couldn’t stop myself. Again, these books are chunky but it doesn’t feel that way. I just think that it would be so much smoother and more concise if the page number count was cut considerably. There’s a lot of repetition, especially in Poppy’s head. I’m starting to really get bothered by her constant insecurities.

Now, I’m so interested in the deities and magic that comes with it. Poppy’s magic unleashes in this book and I’m SO interested. There’s a lot to unpack there and I can’t wait to see what she is. I do hope we get some clarity in the next book about the history of the gods and deities and their power. If it’s by 100 of Poppy’s dumb questions then I might be a bit annoyed. haha.

I was disappointed that we don’t get more of Kieran’s story in this book. He’s such an important character and I wish we got more of his background. I need more than his smartass remarks! He’s pretty vital to Cas’s story too and I just need more. I’m wondering if she’s saving that for a spin-off because I can’t think of another reason not explore that character. We get a lot more characters thrown into the mix in this book. I hope we get to explore more of them too because some of them are quite endearing. For example, Kieran’s family, mostly his sister.

Overall, this wasn’t terrible but not the greatest thing I’ve ever read. I do think that the world-building and lack of character development makes it for a tougher read. I want so much more there and the lack of it is making it hard for me to fall completely in love with this series. I am excited to jump into the next one because the end of this book has a major cliff hanger that is quite exciting!!

I think this book packed a lot more action than the previous two. There’s still a lot of issues with the world-building but it was an improvement. One of things that I really liked with this book is where we FINALLY get with Poppy. I think… I’ve been waiting the entire series for this Poppy and I’m glad she’s finally made an appearance. I do hope that she’s here to stay.

I have already said this a couple times in the previous book reviews but they need to be shorter. I love that they don’t feel extremely long but there’s just so much in there that could be shortened or taken out completely. These are chunky books and I think the length works against it here. There are just so many things that are repeated over and over. We know, we get it! At the same time, I was confused a lot of times too. Mostly, it had to do with Poppy’s lineage and I just have no idea. It’s a mess and I still can’t figure it out. haha.

One of my favorite tropes is enemies to lovers. I loved that this is how the story started in book 1. I have to say, sometimes when couples finally get together and the guy becomes insanely alpha-male, it’s such downer for me. I just catch myself rolling my eyes. Although, I do think that their relationship has evolved and they are well matched for what needs to be done. Cas is okay with Poppy taking the lead and making decisions, which I appreciate.

Overall, the last 30% of the book made this entire book. There’s so much going on and a lot of things are revealed that have me impatiently waiting for the next book! I do hope that it’s more of a concise and unrepetitive book but I don’t have high hopes. I do hope that the Poppy we get at the end doesn’t go away in the next book. I have really enjoyed my time with these books and I’m loving it even more since I’ve been buddy reading them with Maya & Dini! I can’t wait for the next one girls! 🙂

12 thoughts on “Review: Blood and Ash 1-3 by Jennifer L. Armentrout”

Really excited about my @bookofthemonth box!! Can’t wait to read all three of these!
August Wrap-Up!!
For a limited time, you can get The Sylvan and the Sand, at this great price!
This audiobook was intense but sooo glad she got her story out! I hope she found some peace and comfort with this.
Follow Books Are The New Black on WordPress.com 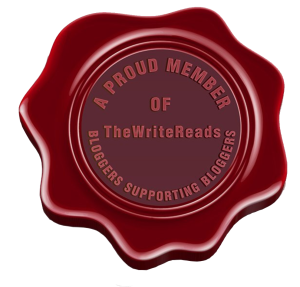